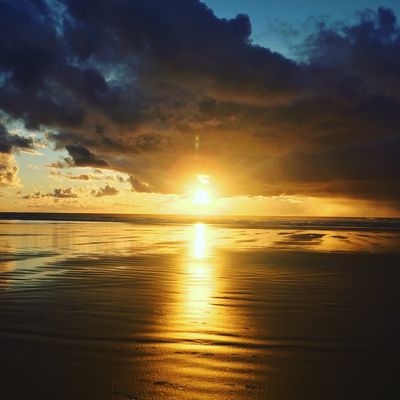 Keeping All Women Safe Task Force was born out of a Woman’s view into the underside of Ashland life.  Our Founder and Career Social Worker Alaya Ketani CHT CFT CPC had lived in Ashland for several years and had both worked in her career with individuals and families as well as heard about the subculture of aggression and harassment against Women, mostly unreported.  Times when assault was in the headlines, she heard that other Women felt an uneasiness as she did and a lack of reassurance of any conclusive investigation and action that was being made public.

She wondered about the illusory image of Ashland, the “bubble,” considered a place where people were safe, where Women were progressive and empowered, where life is perceived to be a haven.  She had heard from police people that they warned Women not to walk alone at midnight and in locations where it was dark, and yet  this was not widely known.  After all Ashland, while feeling very safe, is a microcosm where all that goes on elsewhere goes on here.   At times through the years she had begun to form action for Women to unite and increase awareness in these matters, although it seemed not to be greeted with enthusiasm so she waited until the time was right.

Then in December 2017 a man came down from an upstairs casual bar and restaurant into a lovely restaurant below it, and sexually assaulted a female employee.  When the restaurant owner began to share the surveillance photos on social media looking for his identification, she also began to share those photos.  Within minutes several Women began sending her private messages asking her if she would share the photos of the man who had assaulted or stalked or raped her.  Alaya asked herself what message was being portrayed if someone felt that sexual assault could happen in a restaurant.  Right then Alaya knew something must be done.

She organized a meeting of several concerned leaders and citizens including the owner of the restaurant where the assault took place and informed them of her plan to form a task force.  She knew that the violence against Women was a very real and significant presence in Ashland, and must be addressed directly.  She asked for the involvement of this group and they proceeded from there.

After several planning meetings, their first stop was to visit the Ashland Police Department and ask for their collaboration.  Police Chief Tighe O’Meara agreed right away, and their collaboration has continued to grow in very positive ways.

K.A.W.S. sees the issue of violence against Women as  a very complex, multi-pronged issue that involves societal, economic, psychological aspects as well as cultural programming, individual conditioning and demonstration, systemic and political leverage, legislative and budgetary factors, relational skills deficits, identification with values both by gender, class and economic status, lack of education on the effects of violence on historical and present shock and trauma, and more.  As a world we have formed systems that are built on foundations of discrimination of many and abuse of civil rights.

We have created a task force that is calling for change, healing, and balance.  We realize this is  a huge endeavor.  Violence against Women is international.  Yet we believe all things are possible.  Our Founder Alaya Ketani has proven this in her own life and brings this as a foundational presence.

K.A.W.S. approaches these aspects of violence against Women by building awareness, education, safety prevention, empowerment training, changing legislature and systemic discrimination, and active culture change.  To do this we must address all of the above aspects in collaboration with community, both Women and Men.  We understand that Men must become involved in the solution.  Please see the section: “What We Do” for more detail on the specifics of our task force’s accomplishments and intentions.

Alaya Ketani CHT CFT CPC is the Founder and Executive Director of Keeping All Women Safe Task Force, K.A.W.S.  Alaya has worked a lifetime with fervor to establish the wellbeing of Women and Girls internationally.  She has created powerful alliances with community organizations including Ashland Police Department (APD),  Jackson County Sexual Assault Response Team (SART), Ashland Culture of Peace Commission (ACPC), Ashland Chapter of Association of University Women (AAUW), and more.  The mission of K.A.W.S. is two fold:  To pierce the perceived “bubble” of an ideal city and increase awareness for much needed change to the community about the significant presence of harassment, threat of violence and violence against Women in Ashland.  Secondly, to bring self- defense, empowerment, and culture changing events so that all may live safely and thrive.

This is a community task force designed to be a template or prototype for other areas.  It was created to inspire and ignite community involvement.  We cannot exist without you, the citizens.  We hold as especially significant the activation of involvement from our male population to help create understanding and change within the male population.

K.A.W.S. welcomes participation and collaboration, as well as tax deductible donations.  We ask the community to ask her/him self the question: “What is our individual and community responsibility in keeping Women safe, creating equality, empowerment and ensuring these basic civil rights.  We ask that both Women and Men take  action with us.  K.A.W.S. requires no long term commitments.

We welcome new volunteers continually on a per project basis, and our Board of Directors is interviewing for new officers.  We are an Incorporated Registered 501c3 Nonprofit Organization.  Please see the Donate tab on this website to contribute.